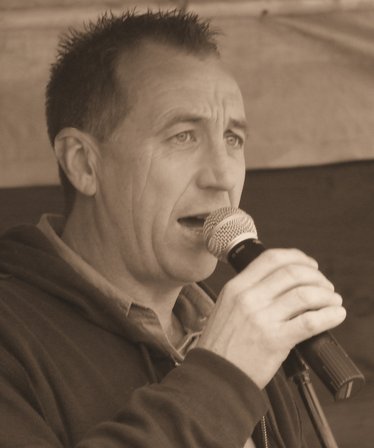 Dave's interest in music originally started at the age of 16 learning to play the guitar and, after realising he couldn't, he chose to try singing instead.

Later Dave and a friend decided to visit Goldsmiths College in South East London for some evening classes and take it from there.

During this period he met with some locals and formed his first cover band. His friend had also started a band who were writing their own songs (you may have heard of him, Conner Reeves) and went on to have 3 top twenty hits of his own and has written with Tina Turner, Artful Dodger, Rod Stewart, Blue, Joss Stone, while Dave got a proper job!

After this Dave partnered a talented guitarist and songwriter, Tony Hallinan, and formed '2 Experienced'. They recorded two songs and landed a three year management deal with Tigon records.

After a break from the music business Dave experimented with writing his own songs and music and the occasional recording session, co-writing an album under the name of 'Monkeypuzzle'. Later he joined a newly formed band, writing and performing original material in the Reading area called 'Chocky' although it was difficult to get recognition when the public didn't know the songs. After that when he joined a band called 'Whipjack'.

During the latter times of the 7 years working with Whipjack, Dave began working on his own material once again, and met an experienced musician Les Payne, leading to the studio recording of the album ‘You Can’t Have Everything’.

In 2016 Dave supported Les Payne in a Live show in Kos making his first debut appearance performing a few swing songs that Robbie Williams had covered by the likes of Frank Sinatre, Dean Martin, Bobby Darin, etc.  It was an instant success and Dave returned to his home in England and began learning a repertoire of the best classic popular swing/jazz numbers from the 1920’s onwards.

Since then his act has been refined and perfected performing this genre of music suitable for all occasions.  As an added bonus he can turn the tables with a quick costume change and perform a multitude of party classics to finish the evening off with a bang!